Confocal laser microscopy is a microscopic imaging system that is currently being used in different areas of diagnostic medicine as well as in biology, geology, pharmaceutical research and aesthetics.

The advantages of confocal laser microscopy versus traditional microscopy are:

Confocal microscopy is based on the elimination of reflected light from the planes outside the focus area. A small area of the specimen is illuminated and only the beam returned by the focal plane is preserved, all the remaining beams are eliminated. The light from the laser passes through a diaphragm or pinhole and is reflected by a dichroic mirror and focused on the specimen point through the lens.

The light reflected through the illuminated point returns via the same path, pierces the dichroic mirror again then passes through a pinhole that eliminates beams from other planes and finally pierces a detector. This operates on a photomultiplier that transforms the light beam from the focal plane into an electrical signal that is digitalised and stored on the computer. 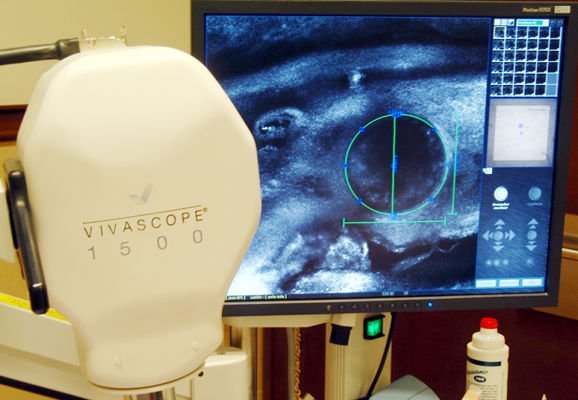 IML use the images taken with the confocal laser technology

The dermatologists at Instituto Medico Laser can use the images taken with the Vivascope 1500 device, applying the confocal laser technology, to make clinical judgements of skin disorders without having to use traditional invasive methods on the skin.

Vivascope 1500 emits laser light at 830 nm, which reaches the depth of tissues to be analysed. For a clear contrast in the images obtained, water of ultrasound gel is applied between the lens and the skin. The contrast is formed naturally by the refraction indexes of the different microstructures that make up the tissue. Melanin acts as a contrasting agent in the image.

Instituto Medico Laser has included the confocal laser microscopy system in its array of technical apparatus with the aim of performing optical biopsies, allowing for a skin analysis with the advantages of:

The Instituto Médico Láser has available a new treatment for Acne: The Acne Repair IML protocol's aim is to reduce the severity and duration of the clinical symptoms, prevent scarring and control relapses. The procedure can be performed through two action mechanisms:

Both are chronic pathologies that can improve with a new treatment, by using the B-Clear Laser (thin band pulsing Ultraviolet light instrument). The results are variable and not all patients suffering from these illnesses can benefit from such treatments. The dermatologist should select the best indications for each patient.

Skin Spots: Be careful with the sun!

The lesions produced on the skin from the unconscious exposure to the sun are irreversible in the majority of cases. Lentigos, melasmas, seborrheic keratosis, aging skin, cancer…the skin can suffer from pigmentation for different reasons, but the most frequent is caused by chronic exposure to solar radiation. The sun is the number one enemy for our skin, provoking the greatest number of lesions that if not treated in time, can be irreversible in the majority of cases. 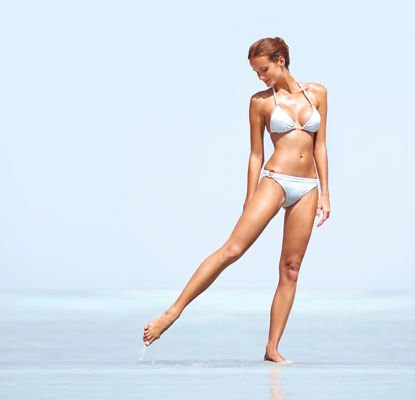 The sun is the number one enemy for our skin

It is regrettable, with the enormous amount of information available to doctors and dermatologists and improvements in communication each year showing the damage that excessive exposure to the sun causes, that there are more and more patients who have dermatological consultations regarding coetaneous lesions produced by the sun. “We have seen a notable increase in the number of patients that come in for consultations for lesions produced by the sun in the last 5 years,” said dermatologists from the Instituto Médico Láser. “We are continually trying to make people aware of sun damage and emphasise the importance and permanent nature of the lesions that can occur”.

The most frequent pigmented lesions are solar lentigo, seborrheic keratosis and melasma.

Solar Lentigos are flat brown spots that appear principally in the face, hands, and sometimes on the backs of older people. Some of these lesions have the possibility of being malignant and must always be evaluated by a specialist.

There are cosmetics that are capable of removing them, but it is necessary to use more aggressive treatments like peelings, cryotherapy or laser. The laser treatment has the advantage that it does not affect the undamaged skin. In other words, it is a more selective treatment than the rest and also allows the patient to not interrupt their normal daily activity.

This is another common pigmented lesion. They are more elevated than solar lentigos and look more like a wart, but are different because warts are never malignant. They appear on the face and the torso of adults.

The treatment of this lesion is always surgery with electro-coagulation, cryotherapy, or ablative lasers like the CO2 and Erbium.

In addition to their unaesthetic appearance they can be irritated and surgical removal is wanted in many cases.

This is a type of facial pigmentation more diffused than the cases above. It appears on the cheeks, the front and upper lip of women, especially in those who are pregnant, and in those who take oral birth control. 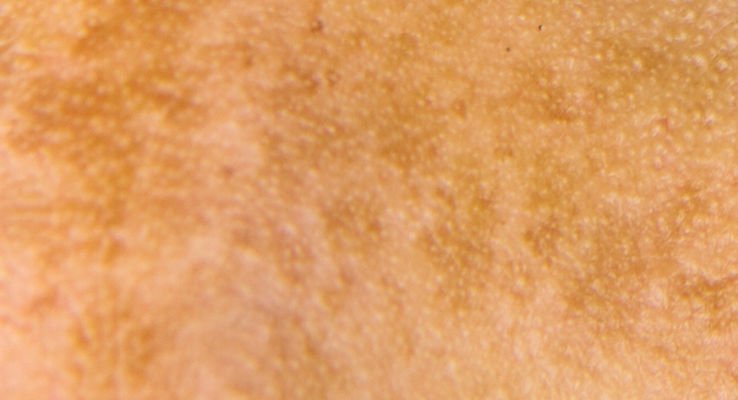 Melasma is a diffuse type of facial pigmentation

The treatment is very difficult and overall has little effect because it reappears with re-exposure to the sun. In people with melasma it is necessary to always use solar filters in summer as well as winter.

In terms of treatment, apart from peeling and depigmenting creams, there is also a place for the laser, but it must be known that the spots will come back.

The treatment with the laser for pigment lesions, in general, does not require anaesthesia. It is recommended that exposure to the sun be avoided in the weeks before and after the treatment as well as the use of depigmenting creams that will help to prevent repigmentation. Although there are no side effects, in hypersensitive patients, flushing or small superficial scabs can occasionally appear.

Request a free informative consultation. One of our dermatologists will provide you with personalised information of the treatment that best suits your needs.