Contributions of Laser in plastic and aesthetic surgery

Laser and pulsed light systems are frequently associated to aesthetic treatments and especially to hair removal and rejuvenation. However, they have also proven to be a great help as a complement to surgical treatments or post-surgical complications.

Laser and intense pulsed light sources could also be used in the treatment of complications such as: 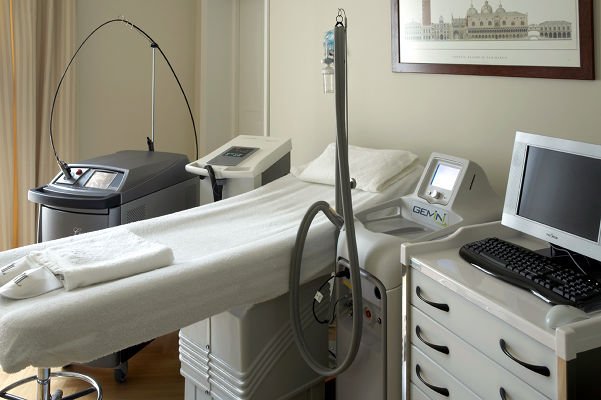 The word laser is an acronym in English for light amplification by stimulated emission of radiation. The main characteristics of laser light are:

Monochromatic light enables the precise placement of high energy into one of the skin pigments (chromophores). Each laser must emit a wavelength that is absorbed by the targeted chromophore. The main skin chromophores are: liquid mediums, haemoglobin and melanin.

Scars have different connotations depending on each culture. For some, scars are decorative and desirable, whereas others consider them unpleasant and unattractive. The current trend is to perform tiny incisions to minimize scars. The best scar is that which is hidden or completely camouflaged.

Not all scars require treatment and not all will respond to laser. Scars that can be treated with laser are:

Hypertrophic scars are elevated, erythematous lesions that remain within the wound’s margins. Keloids are big, firm, frequently pediculated tumoral lesions that extend outside the wound’s margins, affecting adjacent tissue. Both are pathological scars originated by the exuberant proliferation of fibrous tissue secondary to skin continuity.

The reason for their development is unknown but there are several predisposing factors: 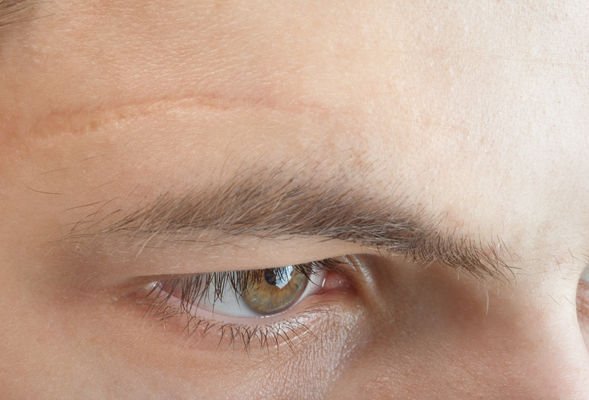 Hypertrophic and keloid scars can be treated with laser

These types of scars can be treated with:

The last half of the 20th century marked the beginning of the laser era in dermatology with the creation of the first ruby laser system and subsequent treatment of pigmented lesions. However, it was during the 80s and 90s that great advances were made in Q-switched systems. The appearance of hyperpigmented lesions can be greatly improved with specific pigment lasers such as the Q-switched alexandrite.

This laser has a 755nm wavelength that targets skin pigment with minimum harm to bordering tissue. A pulse duration of 50-100 nano scs, which is equal to or less than the target’s relaxation time, is essential to minimize damage to adjacent tissue. The recommended energy is 6-9 J/cm2. Sessions are performed with 4 week intervals and the total number of sessions may vary, though there is great improvement with just 2-3.

Pulsed light systems are also very useful for these types of scars. There are several types of pulsed light systems: Epilight, Vasculight, Quantum, Photoderm. Most of them emit a light spectrum ranging between 500 and 1200nm. Pigmented lesions are treated with 570-590nm filters and varying energy between 30 and 40 J/cm2.

These are included in the group of traumatic hypomelanosis, which are caused by mechanical damage or damage due to thermal burns in which there is an aggression to and direct destruction of a melanocyte. The treatment of these lesions is a therapeutic challenge.

Other types of hypopigmentations, such as vitiligo, sometimes respond to treatment with a 308nm Excimer laser. This laser emits UV light on a localized spot on damaged skin to stimulate the melanogenesis of melanocytes that remain in hair follicles. This mechanism is also useful in the treatment of hypopigmented scars.

One of the most common complications in hair auto-transplant is its unaesthetic appearance. This is due to:

In these cases the solution may be laser hair removal, which obtains excellent results given that 90% of hair in this area is in the anagen phase (most sensitive phase to laser destruction). Optimal results are obtained in 4-6 sessions.

When performing total skin grafts, the donor site is carefully chosen depending on the characteristics of the area to be covered.

Donor areas are usually limited given that it is most reasonable to close the defect directly.

If the face is receiving a skin graft there should not be any hair at all. However, this is sometimes impossible, which is why permanent laser hair removal is very useful and obtains excellent result in few sessions.

The same occurs when total skin is transplanted to a mucous region such as the mouth or urethra, where hair can generate irritation and infection.

The systems that can be used are:

These tattoos are originated by exogenous particles that settle in the deep layers of the skin after traumatic abrasion and subsequent epithelization. They can be caused by gunpowder, asphalt, pencil lead, etc, or they can be therapeutic, such as those used for marking in radiotherapy. Specific pigment lasers are used to treat these tattoos.

Light energy is transformed into mechanical energy and the shock wave causes the fragmentation of exogenous pigment granules (photoacoustic effect), which are then phagocytized, drained to the lymphatic circulation or directly eliminated by transdermal route. These mechanisms lead to the gradual clearing and elimination of the tattoo.

Regarding wavelength, shorter ones are useful for light-coloured pigments and longer ones for darker colours such as black, blue or grey. Shorter pulses, in the order of peak seconds and nanoseconds, are the most effective due to an increased photoacoustic effect. The number of sessions required will depend on the pigment’s origin and chemical composition and the quality of the tattoo.

The same mechanism can be used to treat micropigmentation tattoos in lips or eyebrows which didn’t obtain the desired aesthetic result.

Skin damaged by burns or radiotherapy

After deep burns, radiotherapy or extremely mutilating surgeries that cause skin pulling, the result is an unflattering appearance characterized by alternating areas of hypo and hyperpigmentation, scars, adherences, and neovascularization which results in telangiectasias and spider veins.

In these cases, laser treatment can improve the general appearance by achieving a more homogeneous coloration, eliminating reddened areas and hyperpigmentations and softening fibrous scars that pull the skin. Specific lasers (vascular or pigment) and intense pulsed light (IPL) can be used to this end.

For personalised information of dermatological laser system, contact IML now and we will give you a free informative consultation with one of our medical experts.