Very large grafts, "doll's hair" appearance or a pronounced hairline are some of the cosmetic problems that arise from obsolete techniques or older hair grafts. Technical advances in hair transplant can now correct and optimise these and other unsatisfactory results.

When grafts are implanted for the first time, the surgeon aims for a natural result by reproducing the appearance and direction of the patient's original hair. Follicular unit transplantation is a technique that enables the surgeon to implant hair with the same shape and structure as natural hair growth.

However, when working on a scalp where the distribution of hair has already been modified by prior surgery, the technique quite often cannot be based on imitating the hair growth for a natural result.

These patients tend to have a combination of several problems that can be handled with their respective therapeutic resources.

The main cosmetic problems from a poor hair micrograft result are due to: 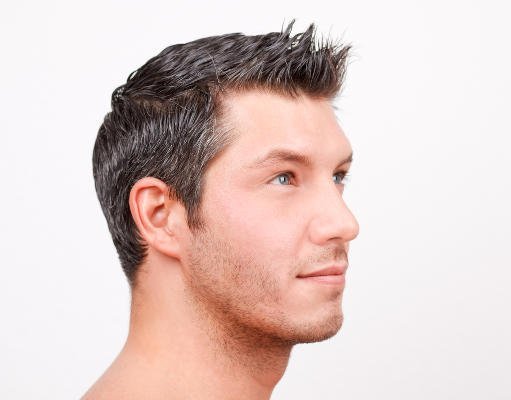 Cosmetic problems with old hair grafts can be resolved at IML

The use of 4 mm punches created a series of patients operated with unnatural results up until the 1980s. In the 1980s, graft hair replacement surgery advanced towards mini-micrografting techniques with much better cosmetic results.

In general, the density achieved with a hair graft should be over 50% of the patient's normal hair density, because the human eye does not perceive hair loss until it reaches over 50%.

Hair grafted in large sections is excessive because besides the original density, a contraction of the grafts occurs. This excess of grafts produces too much density in the midst of bald patches on the scalp. There is too much contrast between the hair and the scalp and too many bald areas among overly dense areas. This results in the so-called "doll's hair" appearance.

On occasions when hair on the back of the head is insufficient to extract and interweave among the macrografts, the most cosmetically viable option must be sought for.

Sometimes the macrografts have lost some of their density, due to a poor extraction technique or lack of oxygenation in the middle of the graft. This causes the follicles in the centre to fall out, and only the surrounding hairs grow. This is made worse when the problem of transection occurs during macrograft preparation.

Hairline too low or too thick

The position of the hairline in a mature male is one finger's width above the top edge of the frontal muscle.

Placing the hairline below this area must be avoided, even if the patient insists. Patients may remember their former hairline and asks the surgeon to replace it in the same place, but the surgeon must not comply. This not only creates an unnatural appearance, but is also unsustainable in the long term due to the natural progression and extension of the baldness.

Quite often a low hairline is also implanted too thickly.

Another related problem is grafting a receding hairline with incipient baldness that will continue to evolve and thin at the temples, leaving two isolated graft patches on either side. 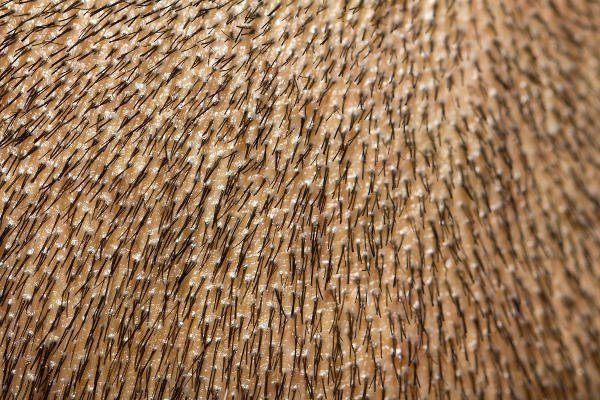 Hair grows in different and well-defined directions on the front and centre of the head, changing to a radial growth pattern as it approaches the crown.

Hair on the head always grows at an acute angle. The angle of growth becomes more acute towards the temples. Therefore, it is essential to follow the patient's original hair growth pattern in each of the implanted areas to achieve a natural result.

Grafts have a tendency to stiffen slightly during scar formation. Therefore, the angulation when implanting must be more acute than seems necessary. Grafts placed at a straight angle on the hairline have an artificial appearance and make it difficult for the patient to style their hair.

Hair placed perpendicular to the scalp draws attention to it because hair normally grows at an angle.

Angulated grafts make the hair grow in a certain direction, so when the patient styles his hair, it curls up slightly, which results in a natural appearance with greater coverage.

In general, areas to be avoided are those where hair thins earlier. This will prevent regrowth on large areas that cannot be covered with satisfactory density of grafts from a much smaller donor site.

The temples and crown are the least indicated areas for grafting. These areas are better tolerated where hair loss is concerned and they tend to suffer from progressive baldness, which would create the "doughnut" effect, where a patch of grafted hair is surrounded by a bald halo.

The essential area for restoring is the central part of the frontal-anterior region, because when hair loss occurs in this area, the facial framework is lost and the patient feels uncomfortable. Corrections in this area provide the best cosmetic improvement.

Scars in the donor or recipient sites

The older, large and round grafts resulted in unsightly scars. Mini and micrografts leave much smaller and less visible scars, provided they are not transplanted with too much perifollicular tissue.

If the scars are very pronounced, they can cause raised or sunken areas. 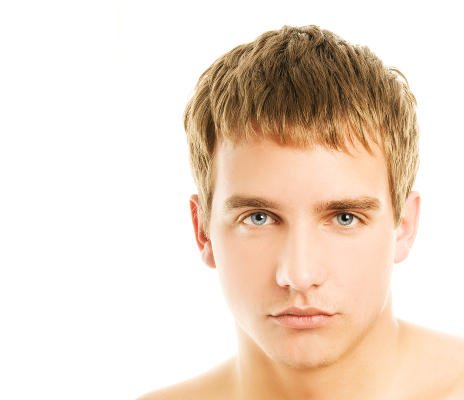 Scars can alter the direction of hair growth

To ensure there are no visible scars in the recipient sites, implant orifices should be no larger than 1.7 mm, where there is less risk of visible scarring. Therefore, needles used should not be larger than 18 G.

The scar on the donor site is visible when the strip is extracted too high and is eventually affected by increased hair loss in the crown. It can also be visible if it is too low, close to the nape.

Scars are more visible the wider they are, particularly if hair on the donor site is sparse or very short.

Exhaustion and impoverishment of the donor site is not usually an aesthetic problem in itself, but it is a limiting factor in corrective surgery to improve previous hair grafts.

A spent donor site can occur due to over use of hair during previous hair graft surgeries. It can also occur due to defective extraction or suturing techniques.

This effect occurs when grafts that are too large are inserted with pressure and a bulge is left on the scalp, on the area where the graft is placed and this contrasts with the surround scalp.

This effect can be due to hyperfibrosis scar formation that emphasises the normal graft contour. This problem no longer occurs, given that mini or micrografts are currently being applied.

Most cosmetic problems arising from hair grafts with unsatisfactory results have a solution: hair retouch surgery.

Request a free informative consultation now with one of our expert Hair Transplant surgeons.