Face Lift for the Elimination of Wrinkles

As its name indicates, the objective of this surgical technique is to reposition the elements of the face back to their original site by repositioning cheek bones, eyebrows and face contour.

To this end, incisions are performed in hidden areas near the face. The aponeurotic muscle system of the skin is then approached and reattached to its correct position, repositioning the skin over the area precisely. As a result, there is excess skin that is excised through the hidden incisions previously performed.

A face lift can be complete (including the entire face o neck) or partial, treating only some parts of the face. At present, a temporal lift is the most frequently requested treatment by patients. A temporal lift elevates the position of the eyebrows slightly, broadening and tensing a sagging eye expression, an inevitable sign of ageing. The procedure is usually combined with other facial fillers in the central portion of the face.

The concept of facelift is inaccurate, but more appropriate than "stretching" or “rhytidectomy” (surgical removal of wrinkles).

The aim of a facelift is to correct deep structure sagging on the face. These are basically muscles that over time lose tone and fatty areas are displaced, modifying the face’s volume and transforming its shape. Wrinkles are corrected only to a certain extent and, obviously, the skin's quality can not be altered.

Facelifts are divided into Frontal, Facial and Cervical, according to the area of interest: forehead, face or neck.

This division does not actually exist and the different types of facelift are actually combined according to the needs of each patient. It is also very common to combine them with blepharoplasty (eyelids) and other treatments such as laser resurfacing and autologous plasma. 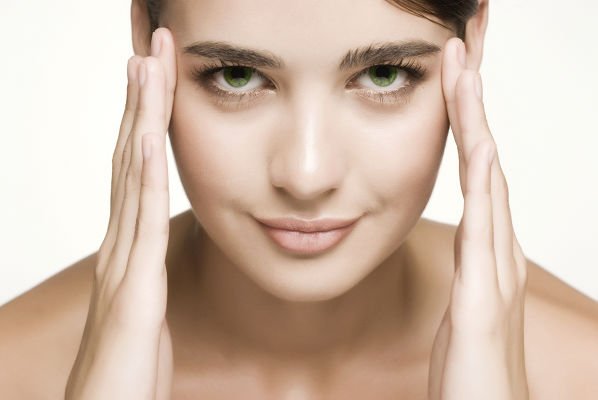 Frontal Facelift corrects the position of eyebrow, brow rhytids and the periorbital region

The frontal facelift corrects the position of eyebrows, brow rhytids and the periorbital region (crow’s feet). The facial region that sags fastest is the sides of the eyebrows at 35 to 45 years of age. This creates an apparent increase in the top eyelid skin and the crow’s feet, creating a tired and aged look.

In these cases, the eyebrows are returned to the original place to correct the problem, since in facial cosmetic surgery the aim is to reposition the anatomical structures that have changed and under no circumstance whatsoever should attempt to modify the shapes and volumes.

This is primordial for natural results and to avoid the “stretched” aspect that earlier surgical techniques rendered. The distance between the eyebrow and the ciliary edge (top brow) is all important in the case of the eyebrows. Shortening this distance produces a tired and sad look while opening and giving the eyes life (like when the underside of the brow is plucked).

It would therefore be a mistake to operate the top eyelid under these circumstances; given that trimming the skin in this area reduces the distance and adds to the saddened look of the eyes.

Only repositioning the eyebrows return youth to this part of the face and eliminates crow’s feet.

Nowadays, this is a very fast and non-traumatic procedure. The surgeon uses an endoscope. This consists of an optical fibre device connected to a video camera the diameter of a pen.

Only 4 or 5 incisions of 1.5 cm are needed. These are hidden within the hairline and this is enough to take on and correct the eyebrow, brow and periorbital areas. The procedure is performed at a depth that avoids touching the important facial structures (nerves and vessels). This is a very safe procedure.

The procedure is performed under local anaesthetic and sedation. The operation lasts an hour and a half. A compressive bandage and cold must be placed on the eye area, but the patient can de discharged just a few hours after the procedure.

There is no post-operative pain, only a slight inflammation and swelling on the forehead and top eyelids. The bandages can be removed two days later; the patient can wash her hair and return to the normal routine. An elastic band should be used and the sun should be avoided for a month.

The results are very natural and no complications in particular exist. The scars are minimal (1.5 cm) and are hidden in the hairline. This technique is frequently combined with blepharoplasty and facelifts on other areas. Using the autologous plasma growth factors, recovery is better and faster.

In this case, the aim is to correct sagging in the central area of the face; specifically, the lowering of the fatty pad that covers the cheek and the angle of the jaw.

Sagging of the cheek fat has the aesthetic effect of flattening the area and falling “on top” of the rictus, deepening it. In the jaw region, the platysma muscle insertions forms “bag” that deforms the jaw line.

An incision that covers all of the tissue in the region is needed in front or inside the ear. Work is performed under the SMAS (Superficial Muscular Aponeurotic System). This structure covers all of the facial muscles, facilitating a simultaneous arrangement of all the sagging areas.

It can be performed under local anaesthetic and sedation or general anaesthetic. The patient leaves the operating room bandaged and with fine drainage tubes in place.

The bandage and drainage tubes can be removed on the following day and the head can then be washed.

Slight swelling and occasional bruising. There is no pain. The stitches are removed 7 days later and patients can return to their routine social lives 7 to 10 days, showing no visible signs of the intervention. The results are considered finished and permanent a few months later when all of the swelling has gone down.

These are generally rare and transitory: Haematoma, infections, nervous lesions. 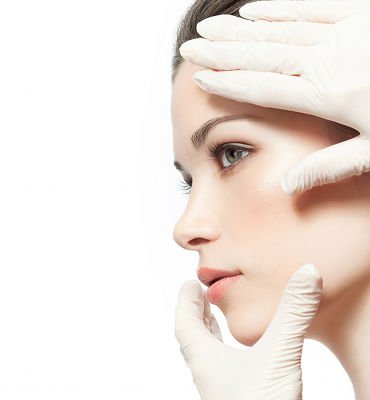 Facelift corrects sagging in the central area of the face

Sagging of the platysma muscles is frequent in the cervical region. There are two of these muscles and they run from the top edge of the jaw to the collarbones. They have a fan shape and hold up all of the skin on the neck. The two muscles can be joined or separate in the central region of the neck. In the latter, the loss of tone forms two vertical bands that go from the chin downwards. An accumulation of fat is also frequent under the chin (double chin).

A small incision is required just under the chin. This borders the vertical bands of the platysma muscle and joins its edges, creating one plane. Immediately after this, a few incisions are performed behind the ears that facilitate the platysma tensing towards the back and stretching of the neck. To finish, only the excess skin is removed, drainage tubes inserted and the area is bandaged.

In the event of a double chin, a neck liposuction should be performed.

It can be performed under local anaesthetic and sedation. A bandage and some drainage tubes are placed on the area and the patients are discharged on the same day.

The incisions are hidden under the chin and behind the ears. The bandage and drainage tubes are removed on the following day and the hair can then be washed.

There is no pain. There may be some swelling and inflammation. Bruising is fairly frequent. The stitches are removed 7 to 12 days later and an elastic band should be worn to reduce the swelling.

The main complication on the neck is bruising.

This grouping of facelifts is for instructive purposes, given that they are always combined to correct the different areas of the face. Therefore, the terms Cervical-facial lift, Fronto-temporal lift, Complete facelift, etc.

A blepharoplasty (eyelids) is usually required and may be some laser resurfacing to correct the skin’s appearance or the top lip “bar code” effect. At IML, facelifts are quite frequently combined with autologous plasma applications.

Obviously, the study of which combinations are the most appropriate for each case is responsibility of the surgeon. When several types of face lifts are combined, the procedure requires a general anaesthetic and a 24 hour hospital stay. Current facelift techniques completely eliminate the stretched face effect since only the facial muscles are worked on and the skin is not tightened. 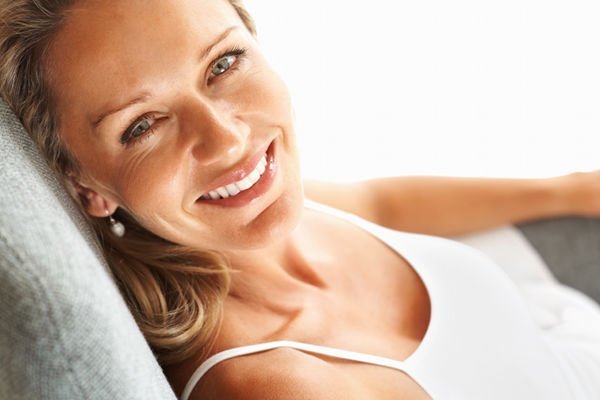 Facelifts can be combined to correct different areas of the face

1. When can I resume my routine social life?

7 to 15 days after the procedure, depending on the technical combinations performed.

2. How long do the results last?

As soon as the procedure is over, the aging process starts. But we can confirm that the results of these interventions last for approximately 15 years. This means that for the aesthetic situation to return to the state just before the procedure, that period of time is needed. Although it is evident that without the intervention, the aesthetic situation would be much worse.

3. Will the result look natural?

Yes. If the surgeon uses state of the art techniques and one does not aim to take off 30 years. The best results are those that make one look 10 years younger and with a “very healthy look”.

4. Can the procedure be repeated?