Liposculpture is a procedure employed to easily remove fat deposits located under the skin of the legs, with excellent results. 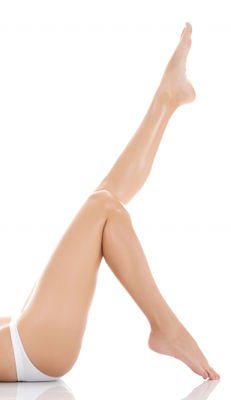 The technique developed at IML is used in combination with ultrasound and the Lipomatic system, and can be referred as “Ultrasound-assisted mechanical microliposculpture”. This high precision technique permits the correction of the legs and thighs through 4 mm incision. It is performed under local anaesthesia and sedation.

To ensure good adherence to the skin, the patient is instructed to wear a compressive girdle for two weeks.

The procedure has a short postoperative period and the patient can resume normal activities after 48-72 hours.

Liposuction has been one of the most resolutive advances of the XX century in the surgical treatment of fat deposits in the body (lipodystrophy). Until its discovery, these fat deposits could only be treated by direct excision, causing cicatricial sequelae that in the majority of occasions offered poor results to the patients.

Fischer and Illouz were pioneers in liposuction techniques. These surgeons used aspiration systems with very large cannulas that produced very uneven aspirations, without any type of infiltration and significant blood loss, limiting the use of the technique. This procedure was referred to as dry liposuction.

Later on, Fournier introduced the concept of syringe liposuction, In this procedure, the size of the cannulas and the power of the aspiration was smaller, providing a more homogenous body contour.

The definitive push to this technique was the use of Klein´s formula, combined with the concept of tumescent liposuction. Klein´s formula consisted in the combination of saline solution, lidocaine (as a local anaesthetic) and adrenaline (as a vasoconstrictor and bicarbonate to elevate the pH of the solution. With some variants, this combination is still being used at present.

To carry out the liposuction, sufficient volumes of the mixture are administered until the area to be treated becomes tense and whitish due to the effect of the adrenaline and the pressure exerted by the infiltrated liquid. This allows us to perform larger volume liposuctions without causing significant blood loss in the patient and without the need to resort to other types of anaesthesia (epidural or general).

To conclude this brief presentation on the history of liposuction, we will briefly mention the contribution of Dr. Gasparotti who introduced the concept of superficial liposuction , which enables us to perform large volume liposuctions, achieving very satisfactory skin retraction and adaptation.

Prior to the operation, before and after patient photographs are taken for the objective assessment of the condition before the surgery and its final outcome.

Prior to surgery, the areas to be treated are marked (with special emphasis on possible asymmetries, areas of maximum projection and depressions). Next, we proceed to infiltrate the anaesthetic and vasoconstricting solution mentioned above.Once the desired vasoconstricting effect is achieved, liposuction is started using cannulas over 4mm in size. The design of the cannulas varies depending on the surgeon’s preferences.

Once the intervention is finalised, the patient is instructed to wear compressive garments for a variable length of time not exceeding the 4 weeks.

Conceptually, it is an attractive idea. It consists in the introduction of special cannulas with an ultrasound tip that emits a wavelength that destroys and liquefies fat cells selectively, with simultaneous aspiration of the resulting emulsion.

This type of liposuction has not gained much popularity among surgeons for several reasons: elevated cost of the device, excessive prolongation of the operative time, more postoperative pain for the patient, possibility of burns and skin necrosis and inadequate readaptation of the skin.

The procedure consists in the utilisation of an electrical engine that provokes an oscillatory movement in the tip of the cannula. The procedure presents some drawbacks: the system has insufficient power, it is very fragile and breaks easily, and sterilisation, as with any other electrical engine, causes some infrastructure problems.

This is the most recently developed method of assisted liposuction. It is user-friendly and virtually requires no maintenance. It is risk-free for the patient.

The Lipomatic system has been designed to facilitate the medical procedure, significantly decreasing the surgeon’s effort and allowing for greater precision in hard to reach areas or with a lot of fibrosis (secondary liposuctions or liposuction in males).

The system works like a pneumatic engine, activated by compressed air that gives the cannula a triple movement: zig-zag, rotation, and vibration. As a result of these three movements, a helicoidal trajectory is generated that breaks down and simultaneously aspirates the fat. This results in a faster recovery of the patient as there is less oedema and ecchymosis secondary to the treatment. Moreover, vibration stimulates collagen synthesis during the superficial liposuction, facilitating the subsequent readaptation of the skin.

On the other hand, the frequency of the vibration exerted by the Lipomatic, is 10 Hz, which generates a release of endorphins in 20 to 30 minutes prolonging the anaesthetic effect.

The LIPOMATIC is the most advance technique in liposculpture. It is a safe, easy to use and effective device that virtually requires no maintenance. It can be easily cleaned and can be sterilised in the autoclave.

It carries no risks for the patient because the cannulas are not heated up, thus avoiding the risk of burning and necrosis of the skin. It allows good skin retraction, good results in fibrotic or hard to reach areas and in cases where the patient has undergone previous liposuctions.