Mastopexy is a procedure that raises sagging breasts and remoulds them to an appropriate shape.

In both cases, the drooping results in unattractive breasts that appear flatter, empty on top and with a deep sub-mammary fold in an incorrect shape.

The aim of the procedure is to restore the breast’s shape and raise the areola and nipple to its normal position (18 to 21 cm from the sternum). 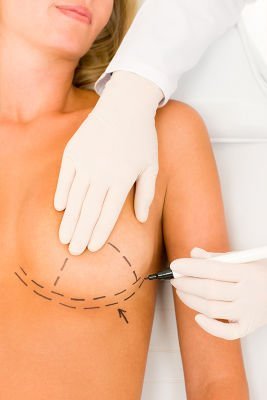 There are many techniques and patients should be studied case-by-case to use the method that uses the smallest scars. An implant can also be added to aid in reaching the appropriate volume. Inserting an implant during a mastopexy intervention reduces scarring considerably and in most cases just one periareolar incision is required.

The technique used and the scars it will leave is responsibility of the surgeon who is familiar with the results of each.

Generally, the resulting scars are of good quality and are barely noticeable after a few months. The scars depend directly on the amount of skin to be removed during the procedure, so the saggier and more flaccid the breast, the more scars needed to obtain a correct shape.

The procedure is performed under general anaesthetic and lasts for approximately two and a half hours. The patient leaves the operating room wearing a bra and two drainage tubes as a preventive measure against bruising.

The patient should remain in the clinic the first night and the drainage tubes removed in the morning and she can then be discharged.

The first two days are a little cumbersome since the bra should not be removed even to shower. There is no pain.

The first check up takes place two days later at the doctor’s surgery and from that moment on, the patient can shower without the bra, wash the bra and use moisturising lotions.

The stitches (very few) are removed ten days after the procedure. The bra must be used all day and movement and effort in the area should be minimal for a month.

When leaving the operating room, the breast has a fairly strange appearance. This occurs because the breast is placed slightly higher than the permanent position to compensate the changes that take place in the first or second month. This is vital to prevent the mammary gland from re-sagging.

Alterations in sensitivity are common. These are due to the swelling and dissipate naturally after a few weeks.

The red, hardened scars that are visible at first evolve as time passes to become soft and white.

The most common complication is bruising whilst infections are quite rare. There may be rejection of the internal stitches which would result in a more unsightly scar. In this event, a small correction is performed using local anaesthetic no less than three months after the procedure.

After the immediate post-operative, excellent results can be seen with the breast in its correct position, the areola higher and the appropriate, firmer shape.

1) When are results visible?

At first, the breasts have a peculiar shape but as the weeks pass they will adjust until reaching their permanent state. Scars need up to six months to lighten up completely.

2) Is breast feeding possible after the intervention?

Yes, the mammary gland’s connections (lactiferous ducts) are never touched in this procedure. The breast behaves exactly the same as a non-operated one.

3) Will I lose sensitivity?

No, the changes in sensitivity during the post-operative stage are transitory and disappear when the swelling goes down.

4) Will I need special care?

No. The breast should be cared for in the habitual manner.