Minimally invasive facial techniques are alternative procedures to cosmetic surgery that allow for highly strategic partial corrections on the face, with very short recovery periods and minimum trauma. Extremely natural results, imperceptible rejuvenation and minimum recovery times are the objectives of this new field of work of medicine and facial cosmetic surgery, increasingly requested by patients.

These techniques require constant retraining for the surgeon and mandatory therapeutic reconfiguration, with technical resources that provide greater precision and less surgical trauma. Instituto Medico Laser combines the experience and continuing education of its surgeons with the most advanced technology to perform minimally invasive procedures helping patients to maintain a youthful image, consistent with their vitality and their lifestyle, without burden to their daily routines.

The main facial corrections required as years go by are:

Laser Blepharoplasty is a technique developed by Instituto Medico Laser for overall correction of the eye area that, thanks to the action of Active FX ablative fractional laser, treats bags, crow's feet and flaccidity of the eyelids all at the same time.

The action of ablative fractional laser in removing bags and hooding of the upper eyelids, leaves no visible external scars and does not require stitches. In addition, it renews the surface layers of the skin achieving immediate contraction, correcting flaccid skin.

The technique requires only local anaesthesia and the coagulation capacity of the laser reduces the risk of bruising and swelling, which allows the patient to go back to their usual activity in just 5 days.

This is a sensitive technique that IML performs through endoscopy, which repositions eyebrows that have drooped over time.

Through three small incisions performed within the scalp and using endoscopic materials, the muscle is accessed to stretch and reposition it. The technique results in an immediate rise of 1 cm of the eyebrow and the elimination of the memory of dynamic wrinkles on the forehead and furrows between the brows.

It is performed with local anaesthesia and allows the patient to quickly return to their social life. It does not leave visible scars and the result is stable for several years.

This minimally invasive technique replenishes fallen tissue and lost volume in the centre of the face with a vertical lift, instead of with a side stretch. It repositions the cheekbone, improves the nasogenian fold region and eliminates double bags and circles.

An incision is performed with laser on the lower eyelid, so that there are no visible scars. Sutures are introduced into this incision that collect the fallen tissue and raise it, anchoring it to the temporal bone.

The procedure takes a maximum of 90 minutes, performed under local anaesthesia and does not require admittance. The postoperative period is short and the result is natural, fast and long-lasting.

This revolutionary technique raises the tissue fallen with ageing and simultaneously corrects the cheekbone, the mid-face area and the eyebrow tail.

Through 5 small incisions in the scalp of less than 1 cm each, hidden between the hair, the muscles are peeled off to tense them and achieve the cheek repositioning. The cheek lift induces a correction of the nasogenian fold, zygomatic arch and marionette lines, achieving full correction of the mid-face. The same procedure deals with the eyebrow tail, restoring it to its correct position and shape, clearing the gaze and the eyelid weight.

This minimally invasive procedure is performed under local anaesthesia, with the patient returning to their normal activities in 5 to 7 days, due to the minimal approach and the delicacy of the procedure. 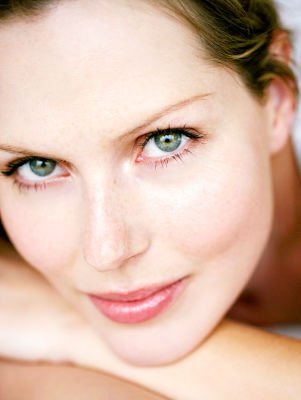 Lift Express is a technique designed by the IML surgeons as an alternative to the conventional facelift for the lower face area and chin contour. It is less invasive and offers very natural results.

Is reconstructs and tenses the SMAS or fascia that holds the muscles, by anchoring it to the facial structures in the occipital bone. The traction of this tissue implies a highly homogeneous and imperceptible distribution of tension. IML applies cutting and coagulation laser, which prevents the risk of bruising.

The technique is performed under local anaesthesia and takes 40 to 50 minutes. The patient can return to normal activity 4 days later, with their hair down, and the transparent sutures are removed 6 days later. The correction achieved is maintained in the long term.

This is an IML minimally invasive technique to outline the chin and tense the neck with moderate grade 1 or 2 ageing. Corrects the platysmal bands that distort its angle with age.

The procedure consists of sliding retention sutures through a 1 cm incision, performed behind each ear. The sutures provide the platysmal muscle and the surface tissue with traction to stretch it in the opposite direction using a stable anchor on the periosteum of the mastoid bone.

The technique takes less than 30 minutes under local anaesthesia and then the compressive bandage is worn for just a few hours. The result is maintained for at least 3 years and may be repeated with the time, if necessary.

Rhinolaser is an outpatient technique that repositions a droopy nasal tip and treats thickened skin with increased porosity, all subtle signs of ageing.

It is performed under local anesthesia, very similar to that used in dentistry. An incision is performed using laser on the nasal mucosa to dissect and isolate the nasal and lateral cartilages, performing a plasty which consists of repositioning, dissecting or laminating the cartilage to modify its appearance, size and projection. A remodelling of the skin thickness is carried out through the ablation of part of the skin's sebaceous glands.

Then an incision is made with a laser from the inside of the mouth, at the root of the upper lip mucosa, where the depressor septi muscle and Pitanguy's ligament are, both responsible for the fall of the nose.

Once the incisions are sutured, they are all hidden in the oral and nasal mucosa, so that there is no visible incision.

If the skin so requires, ultrapulse fractional CO2 ablative laser can be performed on the nasal skin, refining the pores and tensing the skin across the back of the nasal pyramid.

Rhinolaser lasts for approximately of 1 hour and achieves:

Quite often, IML patients require both rejuvenation of the nasal tip (Rhinolaser) and of the upper lip (Lip Lift). Both techniques are completely compatible in the same procedure.

8. LIP LIFT: Reduce the length of the upper lip. 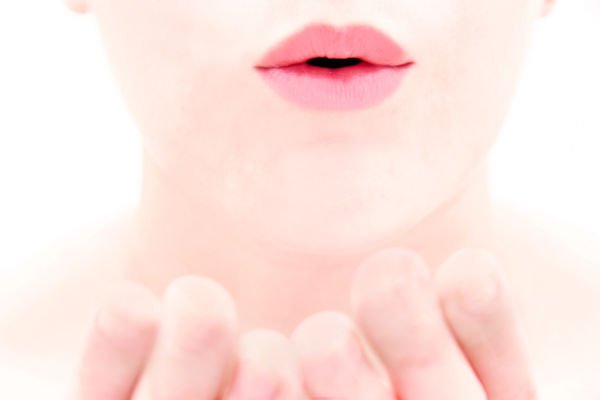 Lip Lift reduce the length of the upper lip

Lip Lift is an outpatient technique that is performed in 35 minutes, with local anaesthesia and applying a laser that can raise the lip, shorten the philtrum and increasing the proportion of exposed lip and the lip volume.

Through an incision on the inside of the nose, a plasty is performed with partial coagulation of the orbicular muscle of the lips with CO2 laser, which produces its retraction without cutting. The exact level of retraction for each patient is accomplished by increasing the degree and extent of the micro-coagulation. The part of the elongated philtrum skin is resected and is left over after shortening the muscle. The suture is intradermal and therefore invisible, and is removed 7 days later.

Lip Lift achieves deep rejuvenation of the upper lip and philtrum expression, which becomes more youthful with the new proportions it recovers, typical of young people.

This technique is compatible with Rhinolaser or rejuvenation of the nasal tip.

Treatments at IML are personalised according to each patient's characteristics. You can request an informative consultation with one of our medical experts.